Log In
Turn on suggestions
Auto-suggest helps you quickly narrow down your search results by suggesting possible matches as you type.
Showing results for
Search instead for
Did you mean:
Options 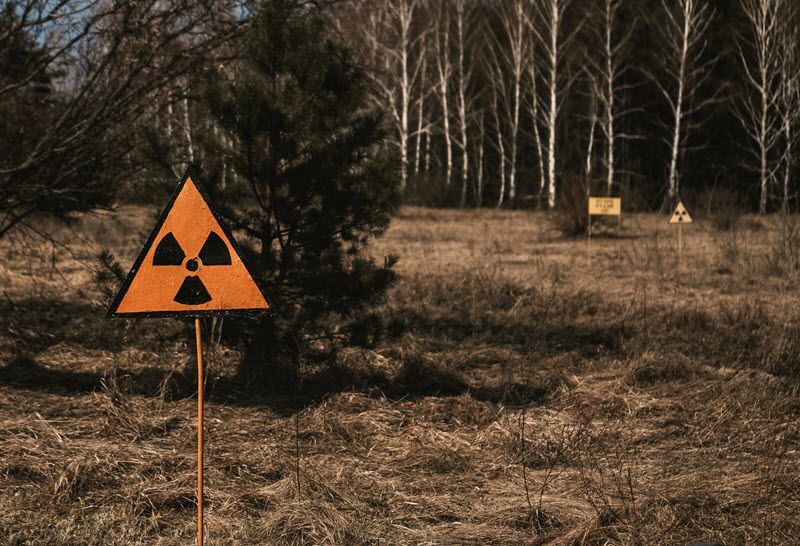 Radioactive strontium (90Sr) is a major radioactive product of nuclear fission. Following atomic weapon testing or nuclear power station accidents (e.g., Chernobyl or Fukushima), 90Sr can be spread into the local environment. On human timescales, the lifespan of 90Sr is relatively long (with a half-life of 28 years), which means once it’s in the environment, it can potentially contaminate the local food supply for many years.

The danger of ingestion

90Sr emits beta radiation, which cannot travel more than a few millimeters through tissue. Because of the short length-scales that beta radiation can penetrate, exposure to 90Sr outside of the body is not generally considered to be a severe hazard. However, 90Sr becomes a problem when ingested. Because strontium is chemically very similar to calcium, it concentrates in places where calcium is required in the body, most notably in bone mass. Therefore, concentrations of 90Sr can lead to the development of bone cancers and leukemia.

The dispersal of 90Sr into the environment following the explosion of a nuclear reactor remains poorly understood. Studies of strontium transport in surface and groundwater in the region around Chernobyl found that 90Sr migrated very slowly within the waterways. This could be part of the reason why, following the 2011 Fukushima nuclear accident (where radioactive contaminated tank water leaked into the local environment), water was decontaminated for cesium but not for strontium. 90Sr was present in water stored on the site, part of which spilled into the coastal zone. This could have significant implications for food production (and therefore human health) in the vicinity.

Typically, the abundance of 90Sr has been measured using radiometric techniques, which directly monitor the emission of beta particles from radioactive decay. The major disadvantage of this technique: the total analysis time is very long (5-20 days). In recent years, mass spectrometry has provided a means to dramatically reduce analysis time (down to 1-2 hours); however, reduction in the limit of detection (the lowest amount of 90Sr that can be analyzed) is hampered by interference of the more abundant non-radioactive isotope 88Sr onto 90Sr (Figure 1). 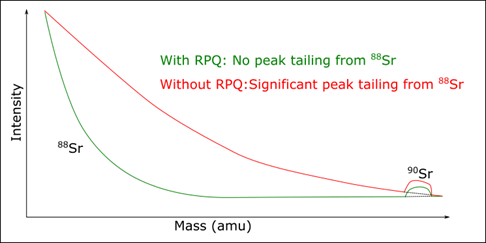 Scientists in Japan are now using this technology to monitor trace levels of 90Sr in environmental and food samples grown in the vicinity of the Fukushima nuclear power plant, thereby improving the security of our food sources.

For more information about the technology and the new breakthrough in lowering the limits of detection of 90Sr measurements, see our Application Note.