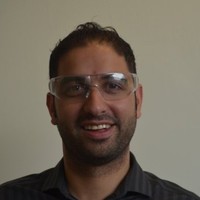 As the summer movie blockbuster season gets earlier and earlier each year, the onslaught of superheroes is already upon us. One thing that is reiterated in each movie is something along the lines of “With great power comes great responsibility.” This got me thinking about how this can be translated into the performance of GC/MS systems. Regulations and user needs require many different superpowers, such as instrument sensitivity. Much like you must have a superpower to be in the X- Men, instrument abilities must be superior, or they can’t save the day. But sensitivity alone is not enough. Demonstrating ultra-low levels of detection in a solvent standard but failing to perform in real-life samples is like being the world’s lamest superhero. Maybe you look good on paper, but you can’t perform when the world needs you to.

Ultimate sensitivity must also be accompanied by ultimate reproducibility. At the extreme of one’s limits, you must still perform again and again. Without this robustness you cannot repeatedly achieve the levels required by the strictest regulatory requirements. At Thermo Scientific we developed the new Advanced Electron Ionization (AEI) source for the ISQ™ 7000 Single Quadrupole GC-MS and TSQ™ 9000 Triple Quadrupole GC-MS/MS instruments. The new design has unstoppable sensitivity, not just in solvent standards but in matrix extracts. Having the most sensitive electron ionization source on the market enables users to inject less sample volume and easily satisfy regulatory requirements.

If featured in a super-hero film it would be as if “The Advanced Electron Ionization Source” fought its arch nemesis of “Dirty Samples” over and over again, coming out on top with each epic battle. Like a big superhero, the Thermo Scientific GC-MS system has been “smashing” the evil sample minions one after another. The system stood up to this punishment and consistently produced reliable and accurate results. The Thermo Scientific GC-MS comes out of this battle, dusts off its shoulders and is ready to fight again. Real-world users have to clean the system half as much as other GC-MS systems on the market due to the unique AEI source design.

When your next nemesis of dirty samples, low detection levels, and reproducibility attack your laboratory, be certain to call on the great power of the Thermo Scientific ISQ 7000 and TSQ 9000 GC-MS systems.

At Pittcon 2019 a new super hero hit the scene, the Dioxin analyzer which utilizes the unstoppable AEI technology to hit the tough dioxin legislations in food. For more information click on the following link. Check out the Thermo GC product line here and see how you can become your own super hero.
Labels:
0 Kudos
Share