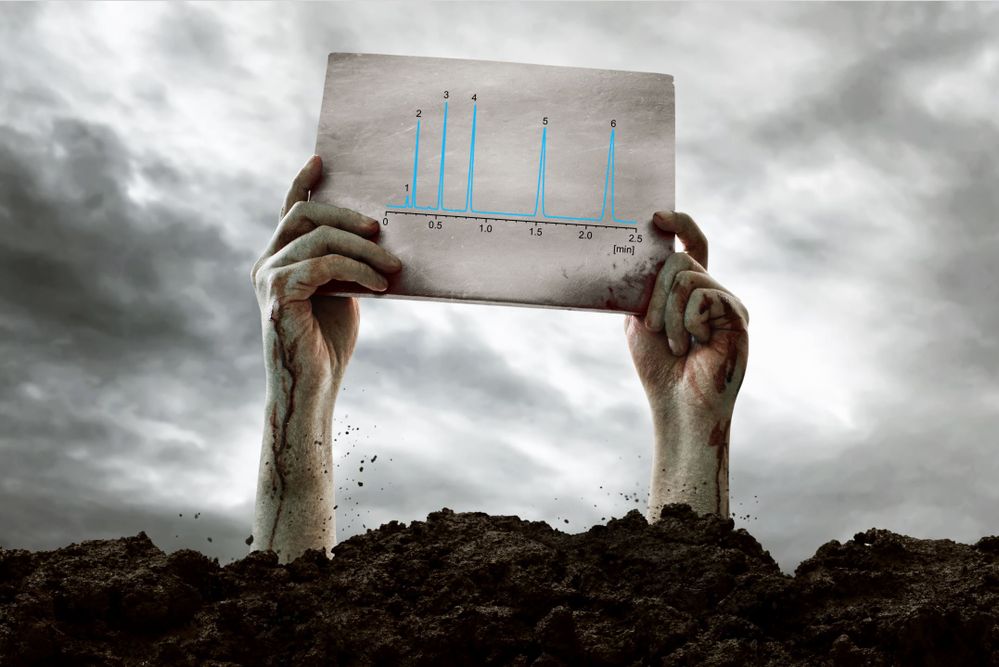 It’s no secret how crazy the job market is right now. It seems impossible to find qualified people to fill the ever-expanding roles at a growing company. You may be tempted to think outside of the box to fill a vacant slot on your team.

But speaking from experience — if you are a recruiter, a manager, or in Human Resources — a word of the wise … zombies make TERRIBLE chromatographers. Here’s my story. 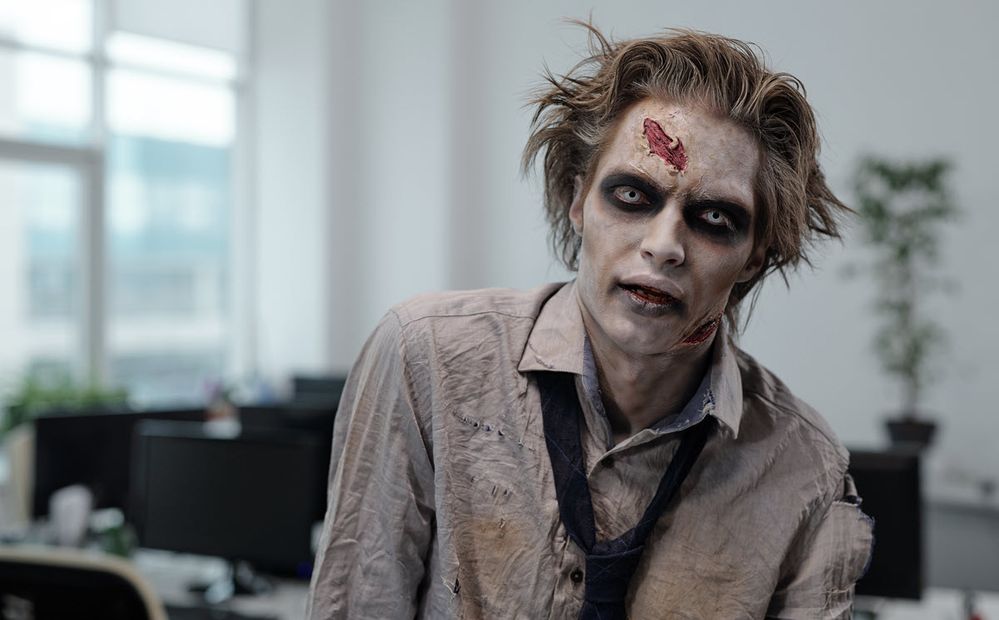 My mouth dropped when he walked into the conference room. He let out a gurgle and a couple of groans. I looked at him up and down, he had on a tattered button-down shirt and ripped jeans, he wasn’t even wearing socks OR shoes.

Anyone who works in a lab knows that’s not going to fly. You need PPE. Goggles, gloves and closed-toe shoes. This is basic stuff. I could not help but wonder where he got his chemistry degree.

My manager instructed me to show Benzogen (aka Benzi) around the lab anyway. And I have to say, for the undead, it seemed like he picked up what we were supposed to be doing pretty quick.

It was enough for me to trust to leave him alone in the lab while I looked at some results on my desk computer. Then about 15 minutes in, I heard an all too familiar beeping sound. Leak alarm.

Our lab staff always has trouble tightening down the column connections, so I didn’t think anything of it when it first started going off. But it kept going off. “What is he doing in there? What is taking so long?”

I huffed from my chair as I stood up and made my way over to the lab.

When I opened the door, there was Benzi. His arms out straight, as zombie’s arms are, and he was trying to shove a rack of samples into the sampler. Although this wasn’t the most delicate part of the job, it did require finesse, or at least a bend of the elbow.

Anyway, the samples were spilling out everywhere. “Hello! What is the problem? We can’t waste these samples we only get 100 uL in. Can you go stop the leak alarm?” I pointed my head towards the LC-MS bench while grabbing the rack from him.

Now, I’m not a track star and never ran any marathons, but when a leak alarm is going off, I try to pick up the pace. Not Benzi. He had one speed. Limping onto his left while he dragged his right leg along, arms out straight and head tilted to the side.

I pictured the column compartment completed submerged in solvent by now. Then, still on his way over, he stumbled on his tattered pants. It was clear to me this wasn’t the most graceful man on the planet, but boy, did he go down like a ton of bricks.

Arms out straight, unable to catch his own fall, he began to fall, and this zombie was taking everything down in his path. He smacked into the mass spectrometer, grabbed the connections on the divert valve and pulled down as he fell. It was an accident, I know, but it was in the middle of a run.

Ugh, I was going to have to start the method over.

“Okay” I said loudly. My patience was running dry. “Why don’t we get some lunch?”

Once we got into the break room, he pulled out a paper bag, placed something on a plate, and pressed the 2-minute button.  Anyone in an office setting has experienced THAT person bringing in their tuna casserole, warming it up in the microwave and filling the break room and entire building with a warm tuna scent.

And to that, I raise you a Benzi. Who, I discovered, had brought in a Zombie’s favorite dish, BRAINS.

I couldn’t wait for 5 o’clock to come. I stared at the clock while listening to him groan on the phone to technical support. (I think he fried the column compartment electronics board after letting the column leak in there for 20 minutes, but I wanted him to get the experience of triaging the instrument.)

He smashed the phone down and broke it with his fist. Add ‘anger issues’ to the reason Zombies aren’t good scientists.

My eyes darted back and forth, nervously watching him slam his keyboard for 15 minutes and then get up to go to the printer. From there, he made his way to our HR department.

We all ended our day the way we began it, in the conference room, where my manager announced that Benzi had given his two-week notice.

So maybe while not being the most graceful, he was at least self-aware. I know we were struggling to find people to fill our positions due to the workers shortage, but it was tough to justify keeping someone on board who earlier in the day tried to bite the QC supervisor.

The next two weeks were rough, but mostly we just had Benzi carry the beakers to the washroom and make sure the solvents were stocked in the cabinet.

We had a going away party, and by mid-November he was gone! And we never heard from him again.

The positive side is I learned a lot about myself during Benzi’s time here. I vowed to become more patient, more level-headed, to give any inexperienced staff the benefit of the doubt.

Still, I imagined my new colleague to be smart and charismatic. Able to load the autosampler and troubleshoot any clog or leak.

I smiled while zoning out into the distance, bells started ringing in my head, or so I thought. Really, they were coming from outside.

“Oh, that must be our new hire,” my boss said while pointing at the window at the reindeer-drawn sleigh. “He already requested the end of December off. Kind of bold for someone’s first day.”

The visual I'm getting with hands out trying to load the autosampler 🤣 Can we get an elbow bend? LOL