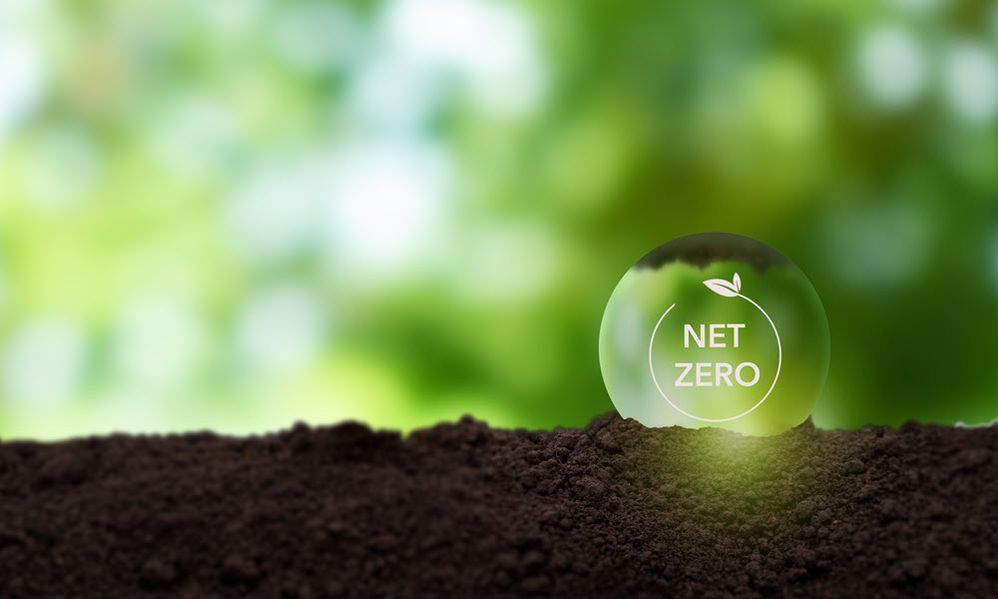 The summer of 2022 left its historical mark as our planet and its people faced the impacts of climate change. Countries around the world experienced extreme heat waves, widespread droughts and torrential rains that left massive populations vulnerable.

While Europe recorded the hottest summer since records began in 1880, Pakistan received roughly 190% more rain than its 30-year average. Humankind was quenching for thirst in one part of the world, while one-third of a country was underwater in another.

Climate science is clear. The Vital Signs of the Planet show that Earth is only getting hotter – which will make extreme weather events occur more frequently. The massive shifts in temperatures and weather patterns are driven mainly by human activity. According to the International Panel on Climate Change (IPCC), since investigations began in the 1970s to look at the causes of climate change, “the influence of human activity on the warming of the climate system has evolved from theory to established fact.”

As more and more people face the impact of climate change, concerns grow around the harsh impact of greenhouse gases on the climate. Climate action has increased on an individual, countrywide, and international level to mitigate and tend to the consequences of human activity.

Consumers and investors are starting to care more about the environmental impacts of business, as the impact of the supply chain is considered. Organizations have started using buzzwords like “carbon neutral” and “net-zero” when they talk about climate action.

But when we think about the action required to combat climate change, it’s important to distinguish what these terms really mean.

What you should know about “carbon neutral”

This activity is called “carbon offsetting,” It is often promoted as investing in "carbon sinks," such as forests that absorb carbon dioxide. Being the main example, carbon dioxide emissions that enter the atmosphere in an industrial country are sequestered through reforestation.

If carbon offsets are reputable, these climate protection projects are certified by recognized providers. Their influence on the climate is therefore internationally accepted, albeit critically questioned and constantly monitored. Through carbon offsets, companies and people avoid taking action to lower their own carbon footprint. This approach takes care of carbon dioxide compensation only, which also allows for an increase in emissions if offset elsewhere.

Also, the carbon dioxide does not fizzle out in the atmosphere either. It takes time for trees to absorb it. As a voluntary climate protection measure, offsetting to get carbon neutral is therefore a popular and perhaps sensible first step in making climate targets visible.

Why we should work to combat all greenhouse gas emissions

Carbon dioxide is seen as the main contributor to climate change, particularly from the burning of fossil fuels. However, it is not the only greenhouse gas. Did you know that methane, mainly released from oil and gas exploration, cattle and rice farming, or from landfills, has a global warming potential 28 times higher than carbon dioxide?

Nitrous oxide, released mainly by chemical fertilizers and the burning of fossil fuels, has a global warming potential 310 times higher than carbon dioxide. And chlorofluorocarbons (CFCs), long used as refrigerants, were banned in the 1990s because they damage the ozone layer that protects the Earth from UV radiation.

Similar compounds that don’t contain chlorine or fluorocarbons are still widely used today in products such as waterproof clothing and Teflon cookware. One fluorocarbon, tetrafluoromethane, has a global warming potential 6,500 times higher than carbon dioxide and persists in the atmosphere for 50,000 years once released. 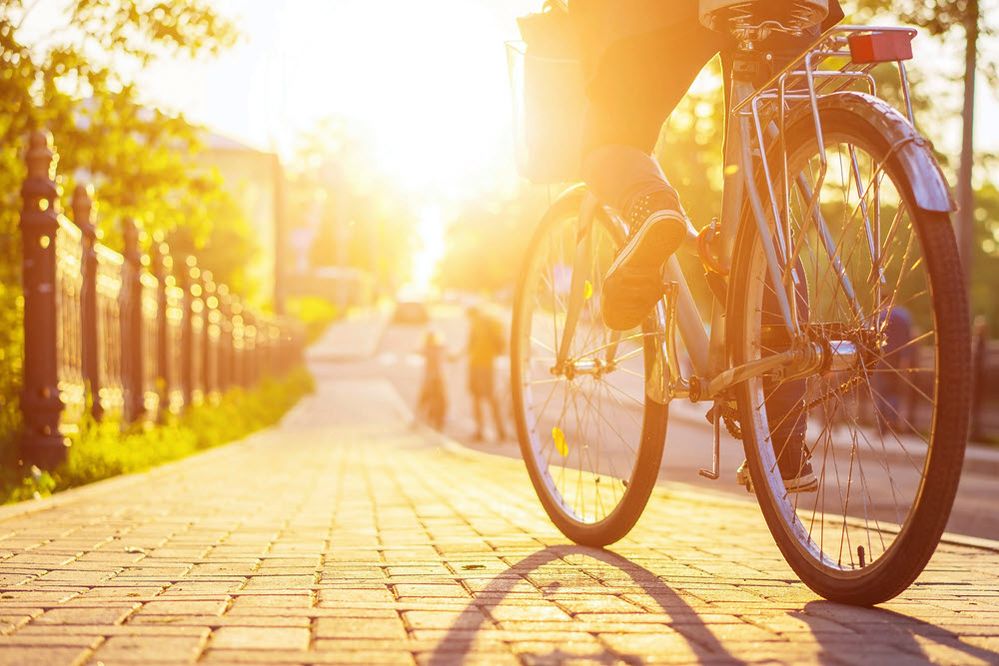 So, which greenhouse gas is the real main contributor, when not focusing on volume percentage but on total greenhouse effect?

In short, carbon neutrality is a nice idea for a first step in the right direction. However, it means offsetting only carbon emissions. Only compensation — no reduction. Quite controversial, the motto can become: "If emissions increase, invest more in climate protection projects."

In some countries, carbon credits or certificates — certifying the right to emit a certain amount of carbon dioxide — are traded. The reason is precisely this "dark side" motto of carbon neutrality.

In addition, we just had an overview of other greenhouse gases that are not considered in this approach but are at least as harmful to the climate.

How can we reduce all greenhouse gas emissions to zero?

Net-zero means to balance out all greenhouse gases, such as carbon dioxide, methane, nitrous oxide, hydrofluorocarbons, sulfur dioxide, and many others.

A net-zero company reduces its absolute greenhouse gas emissions across its supply chain to support the target to limit global temperature increases to 1.5 degrees Celsius, as agreed in the 2015 Paris climate summit.

This is typically the case when greenhouse gas emissions are reduced by 90%. The remaining emissions that are difficult to reduce can be offset by the certified removal of greenhouse gases.

Why is net-zero the better choice for our planet?

Both the net-zero and carbon neutrality approaches remove harmful emissions from the Earth's atmosphere — but the extent and types of emissions removed are different. Better than just balancing out carbon dioxide emission with offsetting is preventing greenhouse gas exposure to the atmosphere.

For example, a company's building that uses no fossil fuels, only renewable energy, may call its energy net-zero. Only net-zero describes the point in time where humans stop adding to the burden of climate-heating gases in the atmosphere.

In other words, net-zero emissions will be reached when human activities stop causing global warming.

Does Thermo Fisher Scientific have a plan to reduce its carbon footprint?

As the world leader in serving science, Thermo Fisher supports the urgent calls for action from scientists around the world to address climate change.

The company is committed to becoming net-zero by 2050 and joined the Business Ambition for 1.5°C campaign led by the Science Based Targets initiative (SBTi) by aligning company goals with the Paris Climate Agreement and the United Nations' Race-To-Zero campaign. This plan incorporates additional targets to reduce Thermo Fisher’s value chain emissions, including a commitment to SBTi's most ambitious guidelines.

This commitment expands on the company’s near-term targets for Scope 1, 2, and 3 emissions, which are aligned with a well-below 2-degree Celsius trajectory:

You can find more information about Scope 1, 2 and 3 emissions, company goals and progress here.

Thermo Fisher’s future reduction efforts build on its 2030 goals to reduce greenhouse gas emissions across all operations. These goals align with the criteria of the SBTi, but to meet a net-zero future commitmentrequires innovation today.

The company’s facilities are becoming more energy efficient. And Thermo Fisher continually works to reduce waste in operations. It is transitioning away from fossil fuels toward renewable electricity and onsite solar power sources. With sustainable packaging and supplier cooperation, the company relies on greener customer solutions.

But there is much more to the strategic mix of emissions reduction actions that will have positive impacts at scale. The company also plays a critical role in the advancement of climate science overall. Its leading analytical tools drive the development of green technologies and enable researchers to further study global warming.

All these efforts will help customers and partners achieve their climate goals. 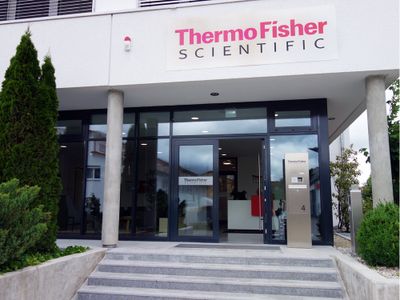 What are some ways you can reduce emissions outside of work?

It is not just businesses that can have a positive impact on the environment – we can all make contributions as individuals.

Making more sustainable lifestyle choices can help reduce each of our carbon footprints and limit our overall environmental impact.

This could mean using public transport over a personal vehicle, limiting food waste, recycling packaging and old clothes, and monitoring the carbon intensity of your home’s power usage.