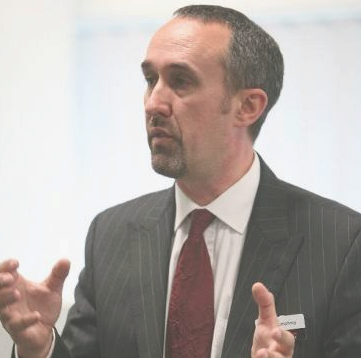 Every generation has a moment in history which is iconic and defining – it may be the Kennedy assassination, the first man on the moon, the collapse of the World Trade Center – we all have unforgettable milestones. The world of science and technology has many similar famous firsts – Isaac Newton and the apple, Benjamin Franklin flying his kite in a thunderstorm,  Alexander Fleming discovering penicillin – but what of those less dramatic events, where the long-tem effect is perhaps not immediately obvious.

The Orbitrap™ Mass Spectrometer is a case in point. As the first new mass spectrometer design for decades, it was clearly a significant invention and its acceptance in the marketplace in the decade since its commercial launch in 2005 is the proof of that. The number of scientific papers relying on the Orbitraps in prestigious publications such as Science and Nature has grown exponentially in that time and exceeds the number ascribed to all other mass spectrometers added together.

In the years before its launch, how was the embryonic Orbitrap perceived, was there any expectation of how noteworthy the instrument would become? Well, while I lay no personal claim at all to the development of the Orbitrap, that is entirely down to Dr. Alexander Makarov and his co-workers but, I was fortunate enough to be there when the first results were obtained.

At the time, I was the Sales and Marketing Manager for one of Thermo Fisher Scientific’s UK-based factories. It was a late morning one Friday and I was having a meeting with our Managing Director in his office when Alexander came in clutching a piece of paper.  Normally stoic, he was clearly excited about what he’d obtained.

He apologised for interrupting and showed us the paper. It was a section of a spectrum with a hand-written annotation indicating the resolution achieved. Even in those early days, we were all believers in Alexander and in the potential for his orbital-trapping mass spectrometer but this was the first real data.

We looked at the spectrum and the numbers written next to it. It seemed to indicate a tremendous mass resolution – far better than you might expect to ever be able to achieve from a prototype, bench-top, bread-board system. We were all expecting good things from the Orbitrap but this was far beyond good – it was a great result! The MD told Alexander he’d better check it and he went back to the lab, still clasping his spectrum.

As for us – well it was midday by now so we decided to go out and continue our interrupted meeting over lunch. When we got back some time later, Alexander was waiting for us. He’d not only repeated his initial results but he’d been able to improve on them.

We realised for certain there and then that this Orbitrap was a truly remarkable step forward in mass spectrometry. The decade-plus since that day has only proved the point again and again. The landmark results obtained by many, very-distinguished scientists particularly in the fields of proteomics and genome sequencing by using Orbitraps is a matter of record. In recent years, the emergence of small-benchtop Orbitrap systems and now a GC version Orbitrap is bringing the tremendous analytical power of this instrument to routine qualitative and quantitative applications.

Only time will tell where the Orbitrap will make its impact next but the future is wide open.  As for the past – well, when the first results were obtained on the Orbitrap, I was in the pub – where were you?
Labels:
0 Kudos
Share