The European Bioanalysis Forum: What’s Going on With Antibodies? 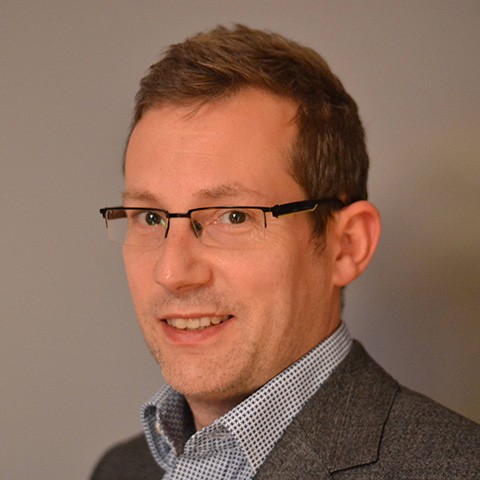 This week I encountered the power of nature. Because of weather on the East coast of the USA, my flight was cancelled and I missed a conference I planned to attend in Washington DC about the characterization of biotherapeutics. I really hope that the majority of attendees manage to make it.

It got me thinking about the last conference I visited, the European Bioanalysis Forum which took place at the end of last year in beautiful Barcelona (isn't the photograph of Barcelona accompanying this post amazing?). As a marketeer working in the world of biopharmaceutical analysis, I was particularly keen to see what the European movers and shakers in this industry had to say about the future of monoclonal antibody characterization. It’s an area that we’re working hard in, and, in fact, we launched a series of new chromatography columns (Thermo Scientific MAbPac HIC-10 and HIC-20 columns) for exactly these materials this very month.

The EBF Open Meeting is now in its seventh year and is an important event in the European biopharma calendar. Attendees (of which there were over 400) are typically senior scientists from biopharmaceutical manufacturers or else from CROs that work in the biopharmaceutical sector. It’s a fascinating meeting with lectures given by the great and the good in this community. I’ve singled out a few speakers, not because of their affiliation but simply because I found their talks interesting and engaging.

The first series of sessions was about comparing the use of LBA and LC-MS for large molecule analysis, with strong advocates in both camps. Barry van der Strate and Nico van der Merbel from PRA Health Sciences gave a great lecture about the combined use of the two techniques, nicely pitched at a level for non-specialists like myself to digest

Later in the day was an interesting talk from one of my colleagues, Ravinda Chaudhari, speaking about Mass Spectrometric Immunoassay (MISA), an automation technique that is generating a lot of interest judged by the number of questions posed to Rav following his talk. I think we’ll see a lot more about MSIA in the coming years.

The talks that I found most interesting were those about Antibody Drug Conjugates (ADCs). Interest in compounds of this type has been increasing in recent years and the amount of focus on them at the EBF meeting shows that the interest is not waning. In fact, a very recent market report from Research and Markets, titled, Regulatory Considerations for Antibody Drug Conjugates, (downloadable PDF), predicts that the ADC market will reach USD 3 Billion by 2018! You have to pay to obtain the whole report, but even the summary is interesting.

Back to the EBF, a really fascinating lecture about ADCs was given by Fabio Garofolo of Algorithme Pharma, a service provider to the biopharma industry. At the conference there was also a fair amount of focus on the linkers, and I think that is appropriate. Whilst both mAb and payload require many years of development and are the glamorous part of the ADC, the linker is key to the effective operation of the ADC so is a worthy topic of discussion in its own right. Biopharm International have a great introductory article about linker technology improving the safety and efficacy of ADCs (link to article).

The meeting was a fantastic overview of what’s hot in bioanalysis in Europe. For a good overview of the characterization techniques used in this field, check out our new biopharma community pages on the Thermo Scientific Inc. website; there’s a wealth of useful information to be found there. You’ll be pleased to hear that the EBF Open Meeting is every year, so I hope you can join me in November to hear how bioanalysis continues to evolve in Europe and beyond.

Have you attended the above mentioned conferences? If yes, would like to hear of your experiences in the Comments box below.

Steve Guilfoyle, a former research physicist, is now a biopharmaceutical and pharmaceutical market development manager with a focus on customer needs in the Chromatography and Mass Spectrometry Division at Thermo Fisher Scientific Inc. Steve strives to ensure that the company better serve the chromatography consumable needs of customers in this challenging market. Following the completion of his Ph.D. from University of Salford (UK), Steve has worked in a number of roles, mostly in analytical instrumentation, from installation engineer and application scientist to sales manager. In all his roles, Steve has always strived to represent the voice-of-customer; his marketing and selling efforts have always been driven by this particular focus.
Labels:
0 Kudos
Share