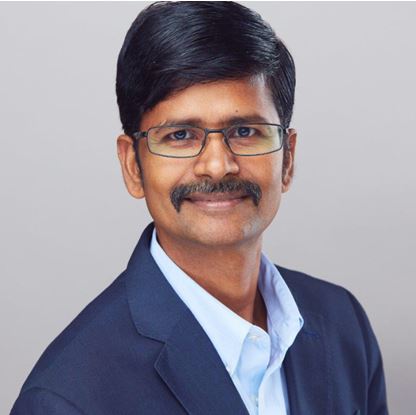 Viruses still represent a significant threat to human and animal health worldwide. Whether transmitted through water, air, blood, or animal vectors (insects, rodents), viral infections remain a significant threat to life worldwide. In addition to the common viral illnesses of childhood -- such as measles, rubella, varicella and mumps -- influenza, severe acute respiratory syndrome  (SARS), Ebola and dengue, hemorrhagic fevers -- such as yellow fever -- acquired immune deficiency syndrome (AIDS) and chronic hepatitis (B, C) are some examples of severe viral diseases. Understandably, the fight against viral contamination is a great concern.

Vaccines have been used for centuries to immunize individuals against pathogenic organisms with the goal of averting the associated disease. Many important vaccines use bacterial capsular polysaccharides, or shorter polysaccharides or oligosaccharides, derived from the capsular polysaccharides, conjugated to a protein. Due to the rapidly increasing introduction of Haemophilus influenzae type b, pneumococcal, meningococcal, group B streptococcal, and Salmonella polysaccharide and corresponding conjugate vaccines worldwide, a reliable and robust analytical method are needed for the quantitative monitoring of intermediate samples generated during fermentation and purification of polysaccharide vaccine components.

Carbohydrates are difficult to analyze using common chromatography and detection methods. They are very polar compounds, exhibit similar structural characteristics, and lack a suitable chromophore. Methods for the liquid chromatographic analysis of carbohydrates often use refractive index (RI) detection. The RI detection methods are sensitive to eluent and sample matrix components. This usually precludes the use of gradients and often requires stringent sample cleanup prior to injection.  Pulsed amperometry detects analytes containing functional groups which are oxidized at the applied detection voltage. HPAE-PAD is a major technique used to understand the carbohydrate composition of vaccines and ensure product quality.

Eluents for Polysaccharide Analysis in Vaccines

Carbohydrates are separated as oxyanions at high pH (>12) using hydroxide-based eluents for complex and hybrid oligosaccharides; separations can be facilitated and further improved by using sodium acetate gradients in sodium hydroxide. Preparing and maintaining a hydroxide eluent is very difficult, as the eluent concentration changes due to carbonate absorption. System contamination due to sodium acetate quality is another routine eluent preparation issue.

Dual EGC mode is available on supported instruments, such as the Thermo Scientific™ Dionex™ ICS-6000 HPIC™ System, to support the analysis of complex carbohydrates.

This novel option uses a methanesulfonic acid (MSA) EGC cartridge and a potassium hydroxide (KOH) EGC cartridge in series with each other to generate the extremely reproducible and accurate KOH/KMSA eluent gradient needed for analyzing complex carbohydrates such as oligosaccharides.

Which column is suitable for polysaccharide analysis in vaccines?

The Thermo Scientific™ Dionex™ CarboPac™ series of columns are made specifically for carbohydrate anion-exchange chromatography. These columns permit the separations based on size, charge, degree of branching, and linkage isomerism of mono-, oligo-, and polysaccharides, charged and neutral oligosaccharides. Carbopac columns provide fast, pH-stable and high-resolution mapping and analysis of charged and neutral oligosaccharides with no need for derivatization

Want to know more about carbohydrate analysis by HPAE-PAD?