I Love Science Because… An Interview with Matthew Neely, Manager of Application Scientists 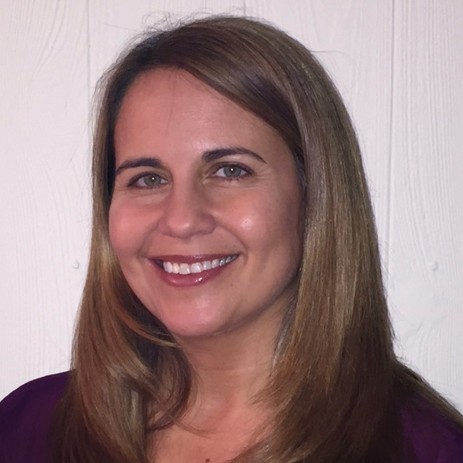 How did you get into science, and what led you to your current position?

Would you believe that I knew even as a small child that I had a passion for science and even, specifically, chemistry? As a child I would constantly pull things apart and figure out how they worked. I was in advanced classes in school and had the opportunity to do an introduction to physical sciences course and, boy, was I hooked! The electrolysis of water, using an alcohol burner to evaporate a liquid, and many other cool experiments kept my curiosity up.

I even self-enrolled in summer school so I could get Biology out of the way in order to enroll in Chemistry a year ahead of everyone else in my class. Can you imagine how many 15-year olds would rather spend their summer break dissecting frogs instead of hanging out at the mall? It helped that my chemistry teacher in high school had excellent funding and all new labs for me to work in. I quickly proved myself to him and he would use my work as the key when grading other students.  He also let me work off hours on projects for science fairs and competitions.

Truthfully, I always thought I was going to be an organic chemist with a focus on synthesis. Putting stuff in test tubes and then figuring out what I made was always quite interesting. I had to use many analytical instruments in order to characterize my products, which led me to my first job while I was at Texas A&M. In my sophomore year, I answered a help wanted ad to publish spectral data books. They wanted someone proficient in Unix, an OS I had never heard of, so I got a crash course on file management in a networked environment. This was by far the best move I made in my college years because I gained access to research instruments like a 500 MHz NMR and TOF mass spectrometers in the chemistry department. By the time I had to take those subjects, I had already mastered the functionality of the instruments.

It was in my final year at A&M that I realized shooting lasers or working with the instruments was more interesting to me, and this pushed me towards Analytical Chemistry. I began to appreciate the concept of surface chemistry and trying to watch reactions happen at the interface between two different materials. This led me to the University of Arizona to work on my graduate studies. I built a 30kV floating power supply to fire an electron gun. I rebuilt an Ultra-High Vacuum system for conducting growth of organic thin films on III/V semiconductors and learned all about kinetic energy analyzers such as XPS, Auger, and MS. I was even one of the first people at the University to use an AFM to see the atoms of the thin films I was growing. However, the industry was going through a bit of a slump as I was graduating, and I landed back in Houston at Baylor College of Medicine running a core laboratory in the pathology department. Quite a different scope, I have to say.

If a science major student comes up to you and asks what it takes to be successful in science, what would be your advice?

Question everything. Just because someone else has published on a topic does not make it correct; or, just because no one has published on a topic does it make it false. In many cases, the data can be misinterpreted, or maybe someone just hasn’t gotten around to running that experiment. I always say that anyone can win the Nobel Prize in chemistry. It just takes time, money and effort. There is an answer out there for everything. It just needs someone to ask the right questions.

What do you love about your job?

When I started my career as a separation scientist, I just had one goal: make it long enough to be fully vested in my 401k. It’s funny how that one goal has evolved into a 15-year career with Thermo Fisher Scientific. I get the most pleasure by helping others be successful. Whether that’s studying science, or managing life and its unexpected curveballs. Every day has a different challenge or a different customer to help, and that keeps the work interesting.

Of all the scientific assets on thermofisher.com which asset is your favorite and why?

That’s a tough question. It’s a cross between the Liquid Chromatography Resource Center and the  Thermo Apps Lab. The resource center has tons of information regarding the HPLC products, troubleshooting and column guides, hyperlinks to webinars and presentation/posters, and tons of interesting information. The Thermo Apps Lab gives our customers a great tool to find existing applications and directly apply them to their systems via Chromeleon software. I use both on a weekly basis, and Apps Lab has the most value to a separation scientist.

Now, let’s change gears before we close. Just for fun, if you could be a professional athlete, in which sport would it be?

That’s an easy one. I would play golf every day if I could. Not sure if I would ever be good enough for the tour, but you know with enough time, money and effort, anything is possible. Golf can be the most fun and cruelest game at the same time. It’s ironic in that you can have all the time in the world to play golf but no money, or you can have the money but no time. I think that is a fundamental issue in finding the right job. If you can find something that pays you to have fun then you will be successful in your work life.
0 Kudos
Share