Helium Price Increases – A Potential Bottleneck or an Opportunity for Elemental Analysis? 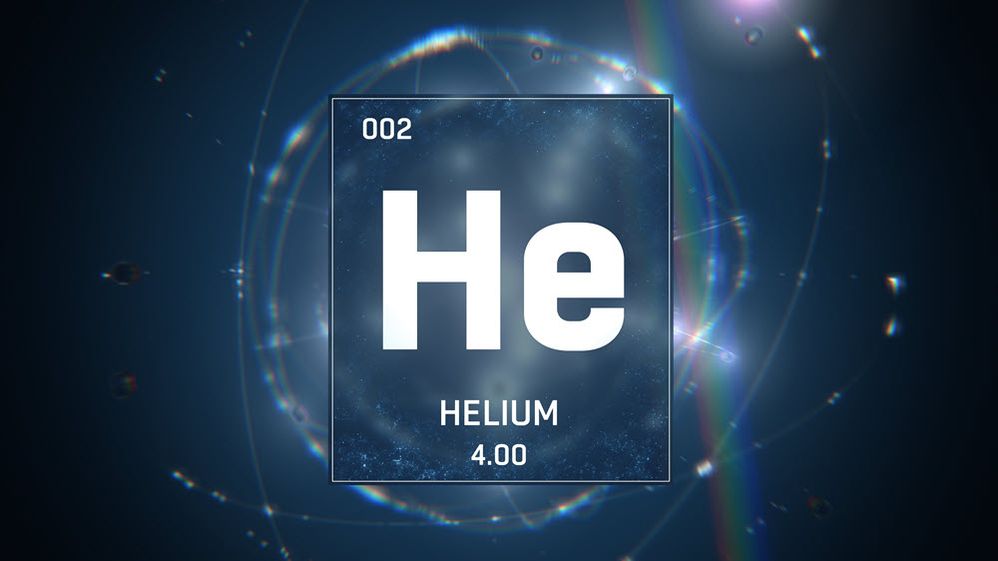 Inflation seems rampant these days — just look around. In some areas we may not (yet) notice the impact, whereas in others, the consequences are obvious. Currently, the season allows me to smilingly skip the fresh produce section in the supermarket as I harvest fresh cucumbers and zucchini from the garden: tomatoes (soon), and likely apples in the fall, and my kids enjoy picking strawberries right from the plant. At the same time, taking the car to the gas station is pushed to the very last minute.

Also in the laboratory, inflationary pressure is more or less obvious. One of the main supplies required in many analytical testing laboratories is helium. Helium is used predominantly for GC/GC-MS analysis, but also in other areas, for example, degassing of mobile phases for HPLC analysis, and — often less visible — the removal of interferences in elemental analysis when using inductively coupled plasma mass spectrometry (ICP-MS).

Single Quadrupole ICP-MS systems, such as the Thermo Scientific™ iCAP™ RQ ICP-MS, use helium as a collision gas to remove abundant polyatomic interferences in a collision/reaction cell (CRC), potentially causing false positives on key analytes, such as chromium, arsenic or cadmium. The process of interference removal is commonly referred to as kinetic energy discrimination, or KED. The flow rate is usually low (around 5 mL∙min-1), and certainly not the main cost driver for these instruments (the argon consumed to maintain the plasma is usually around 15 L∙min-1).

However, the helium consumption over a full year of operation (assuming eight hours per day and five days of operation per week) can easily add up to several hundreds of liters. At the same time, not all interferences can be removed using helium alone, so that other modes, including reactive gases such as hydrogen or oxygen, need to be added to a method, extending sample turnover times by at least 10 seconds per mode switch. Assuming an instrumental setup allowing for high-throughput analysis, for example, drinking water using a switching valve, the added time for a change in the CRC gas can make up for about 10-20% of the overall sample turnover time.

There is a way, however, to (almost) eliminate the use of helium as a collision gas in the elemental laboratory while improving interference removal (as well as providing higher confidence with reported data) and reducing turnover times per sample. Triple quadrupole ICP-MS systems, in particular the Thermo Scientific™ iCAP™ TQe ICP-MS, feature an additional quadrupole inserted axially in front of the CRC, which allows ions entering the cell to be filtered. This in turn allows reactive gases to be used more efficiently for interference removal, as potential side reactions with other ions present in the ion beam are avoided.

Oxygen, another gas readily available in many labs, offers a range of ion/molecule reactions that allow common interferences seen in ICP-MS to be effectively removed. It has been applied, for example, with other gases for the routine screening of drinking and surface waters, and has proven efficiency as the only reactive gas required for the analysis of baby food. While it handles polyatomics with the same effectiveness as helium, oxygen is also able to remove isobaric overlaps (isotopes of two different elements with the same nominal mass). More importantly, oxygen effectively removes interferences caused by doubly charged ions, of concern, for example, for arsenic and selenium. Unlike KED, which becomes less effective in the higher mass range, the use of oxygen consistently helps to overcome interferences across the whole mass range. The main benefit, however, is that other elements that do not suffer from a particular interference or do not react with oxygen, can be analyzed with comparable sensitivity and detection limits, so that oxygen can be used as a single reactive gas in a method. This eliminates the need for mode switching and reduces sample turnover times. However, this is possible only when using a triple quadrupole-based mass spectrometer, otherwise side reactions may occur, rendering results unpredictable.

The bottom line: If you are concerned about high operating costs in your elemental laboratory, consider embracing triple quadrupole technology to achieve potentially significant savings.

The Thermo Scientific™ iCAP™ TQe ICP-MS is specifically designed to meet the requirements of applied testing laboratories and combines the interference removal of a triple quadrupole system with the speed and ease of use of a single quadrupole system.

Learn here about the benefits that the iCAP TQe ICP-MS can offer you if you are analyzing environmental samples, such as water and soils!