Finding the Unknown and Unexpected by Using Orbitrap HRMS 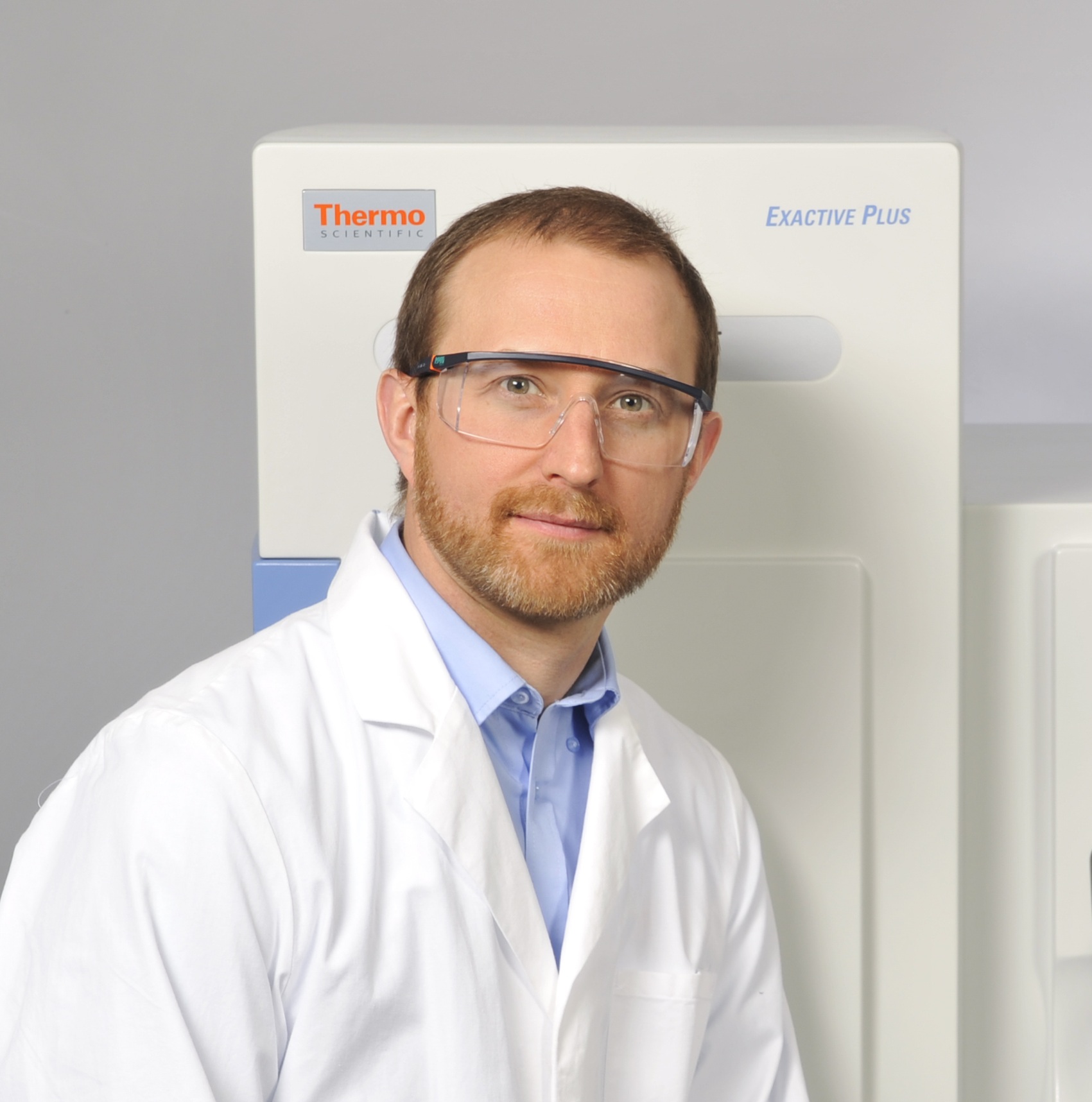 Dr. Anton Kaufmann, a lab director at the Kantonales Labor in Zurich, Switzerland, started with a single stage Exactive Orbitrap mass spectrometer back in 2009, which is still in use. Anton was able to purchase a Q Exactive which is offering his lab a number of significant advantages. His lab witnessed, and probably even influenced, the development of this amazing technology. Read the interview to learn more about his journey.

What type of work are you involved in and what is your expertise?

I am responsible for a veterinary residue analysis group within a governmental food safety laboratory. We do routine residue screening and quantification of veterinary drugs in animal-based food and food products. Most of the used methods have been developed and validated within our laboratory. We were one of the first residue laboratories to introduce high resolution mass spectrometry (HRMS) for routine residue applications. This technique has mostly been used for quantitative targeted approaches and we have been trying to move forward towards non-targeted methodologies. We have investigated in some depth the capabilities and limitations of HRMS in the field of residue analysis and published a number of peer reviewed papers.

Which features of the mass spectrometer are most important for your applications?

As a residue analyst handling low concentrations of analytes in complex matrices, I must say that sensitivity, selectivity and the dynamic range (ruggedness) are most important. We believe in the use of HRMS instead of conventional tandem quadrupole. We try to use full scan HRMS data as much as possible. Yet selectivity and sensitivity may require the use of more targeted acquisition modes for some difficult analytes. Hence, it is important that full scan and targeted modes can be smoothly integrated into a single acquisition. Last but not least, the ease and speed of data processing (large number of samples and targeted analytes) is important.

Are you confident that Orbitrap technology can be used for screening and quantitation measurement; a two-in-one MS instrument?

Absolutely, yes! We have validated a number of quantitative methods and compared the data against these obtained by the use of tandem quadrupole instrumentation. There is no relevant difference. So I consider the statement that tandem quadrupole is and remains the golden standard for quantitative trace analysis in complex matrix as outdated. Unlike many other laboratories, we use HRMS not only as a research tool, but to make routine measurement. If we detect that a maximum residual limit is exceeded, we are going to remove products from the market. We do this because we trust in HRMS data. This thrust has been developed by numerous proficiency test participations.

How has Orbitrap HRAM technology changed your lab organization?

HRMS makes it much more flexible and faster. I, and even more the personal in my lab, remember the times when a large sample series was processed. The LC and the tandem quadrupole was set up, a new mobile phase was prepared or even a new column had to be installed, and then a number of analytes eluted beyond the programmed retention time window. So where are they now? Do I have to move the MRM windows towards shorter or longer retention times? Such questions appeared frequently in the late afternoon, where the mind of the involved technician was more focused on already planned after-work activities. The quick and dirty way was the broadening of retention time windows. This of course, lead to more overlapping and therefore to less data-points across a chromatographic peak. Such things are now much simpler with HRMS. If the mass axis is calibrated, the instrument will detect any ion of interest. We appreciate the “inject first, ask later” approach.

I grew up as a chromatographer who evaluated the goodness of a sample clean-up and the quality of a chromatographic separation by looking at the injection peak, the height of the baseline and the column bleed at the end of the gradient. Such information was absent as soon as we left UV detection and started using tandem quadrupole in the MRM mode. I strongly regretted that the unquestionably higher sensitivity and selectivity of the tandem quadrupole took away that valuable piece of information. We therefore warmly embraced HRMS, which provided us again with these diagnostic tools. Now when a spiked sample happens to be negative, we check at the presence of the injection peak, since the wrong vial may have been injected. A lower than expected analyte response always makes us look at the baseline. Is it higher than normal? Are there any foreign ions? We frequently encountered high abundances of certain ions which can be traced to dirty chemicals or insufficiently purified water. During the rinsing step of the column a lot of matrix is going to be eluted. This is visible when looking at the full scan. It is important to recognize when this “hump” constantly grows after every sample injection. Some of these matrix compounds may elute after the column rinsing (within the next chromatogram). Serious and irreproducible signal suppression may result if such very late eluting matrix compounds finally happen to elute within the retention time windows of an analyte peak. So the modern HRMS technology brought back some of otherwise lost chromatographic virtues and skills.

What do you expect in the next HRAM generation benchtop technology?

People talk a lot about sensitivity and probably selectivity. I would also like to see larger dynamic ranges. The relevant dynamic range of compounds present in biological samples still exceeds the dynamic range of HRMS instrumentation. I see the need for an additional degree of selectivity. Isomers (e.g. steroids) cannot be separated by mass resolving power alone; we need an additional degree of selectivity. There are a number of ways to introduce this (MS/MS, ion mobility etc.). Additional experiments require time and speed unless we are going to sacrifice the number of data points across a chromatographic peak. Instrumentation needs to be fast. Last but not least the user must have software tools which can easily integrate and calibrate peaks based on scan or more targeted modes into a unified report.

Data independent acquisitions should be improved in a way that high quality of product ion spectra are available and at the same time a sufficient number of data points are available across a chromatographic peak.

Most current HRMS technology produces centroid data. I would like to see the real mass signal like a chromatographer wants to see their chromatographic peak (evaluating peak width and possible shoulders). Chromatographic and mass spectrometric deconvolution could be used to extract relatively clean compound spectra instead of simply using the recorded mass spectrum at the chromatographic peak apex. Such deconvoluted data may lead to hundreds or thousands of extracted “compounds.” They could be searched for isotopic patterns (e.g. halogen) or certain structures (e.g. glucuronides). This would permit novel strategies toward non-targeted approaches.

I certainly feel a certain degree of satisfaction when looking at the recent technological advances of Orbitrap HRMS. As an early user (you may call it “believer”) of Orbitrap HRMS, I see now more and more people embracing this technology.
Labels:
0 Kudos
Share