Don’t Be a Fool! Five Things to Consider When Selecting Your Next Research Mass Spectrometer for LFQ 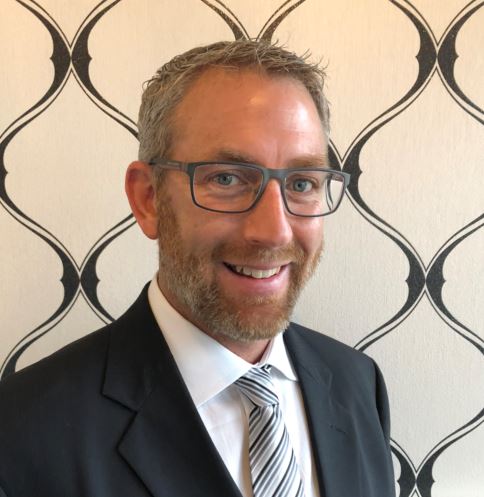 Pursuit of high-throughput sample phenotyping through label-free quantitation (LFQ) using LC-MS requires substantial instrument performance to enable researchers to evaluate their experimental hypotheses. The goals of the assay are straightforward – profile as much of the proteome as possible with minimal sample preparation enabling you to determine specific expression profile differences based on donor and/or groups. This simply requires acquiring the data, processing it, and making sense of it using state-of-the-art liquid chromatographic separation techniques, mass spectrometers and bioinformatics pipelines.

While that seems easy enough, especially given the continued advancements of today’s “state-of-the-art”  mass spectrometers and bioinformatics pipelines, the workflow still presents significant challenges. For example, profiling is defined as first confidently identifying and sequencing a peptide, and then being able to determine its response, generally in the form of integrated area-under-the-curve (AUC) when performing LC-MS.  To perform untargeted profiling, the most successful methods are accomplished using high-resolution accurate mass (HRAM) MS for quantitative (and to a large degree qualitative) analysis coupled to MS/MS acquisition for qualitative sequencing analysis. Thus, once the peptide sequence is matched, the chemical formula can be determined establishing the theoretical m/z values of the precursor isotopes at the measured charge state. To provide a quick illustration, Figure 1 shows the level of complexity routinely measured in common biological samples.

Click to enlarge -- Figure 1. Expanded mass range from a full scan HRAM mass spectrum acquired on digested HeLa cell lysates show two isobaric, co-eluting peptides. The full scan HRAM MS was acquired on an Orbitrap Fusion Lumos Tribrid mass spectrometer operated in standard DDA. The charge state, measured m/z value, and the resolution values are listed per isotope despite the isotopes per peptide are ca. 0.5% intensity of the base peak in the full scan MS.[/caption]

A mass tolerance window is established around the theoretical m/z values and extracted ion chromatograms are done per isotope, integrated AUC values determined and recorded, and the measured expression level for that peptide in a particular sample is known.   Figure 2 shows an example of establishing the mass range for extraction for the low-intensity isobaric peptides shown above.

Click to enlarge -- Figure 2. Comparison of the empirically measured m/z value for the 12C isotopes of the isobaric peptides as compared to the theoretical m/z values based on the identified peptide sequence. Figures 2A and 2C were plotted with a nearly equivalent peak width as that empirically measured using the Fusion Lumos mass spectrometer. The solid lines represent the centered m/z value for each peptide and the dashed lines indicate a ± 10 ppm mass window from which XICs were determined.[/caption]

The width of the extraction mass tolerance is thus dependent on the performance of the mass spectrometer to reproducibly perform HRAM MS measurements and once determined by the user, the measured intensity is determined for each set of isotopes per identified peptide, integrated, and reported as the AUC. This value (normalized or not) is then compared to the measured AUC value for that peptide across all other samples to determine if it is “significant” or not (i.e. showing expression level changes based on biological condition).

The combination of the unique features is ideal for maximizing LFQ experimental success. Utilizing parallelized HRAM MS and linear ion trap MS/MS acquisition enables much higher resolution for MS acquisition in the Orbitrap mass analyzer while acquiring ca.50 full scan MS/MS spectra in the linear ion trap – all in one second. Thus one can maintain 7-10 MS data points across 10-second wide chromatographic peak widths AND still sample ca. 350-500 precursors with the highest degree of selectivity and sensitivity. Since the precursor is measured with exceptionally high mass accuracy, it reduces the levels of false positives for the corresponding unit resolution product ion spectrum, resulting in extremely efficient processing speeds. Figure 1 displayed the unique benefit of acquiring full scan HRAM MS data with ultra-high resolution (2-3x higher than most TOF instruments), where the isotopes of two co-eluting peptides had measured m/z differences of 12.5 mmu but were baseline resolved. The high resolving power reduces perturbations in mass measurement accuracy increasing the extraction efficiency.  Figure 3 shows the comparative extraction reproducibility for the two identified peptides. The AUC values were 2.9e6 and 2.7e6 for the peptides IVAIGTSDLDK and NTEAVDLITR, respectively when extracted with user-defined mass tolerance of ± 3ppm.

Click to enlarge -- Figure 3. Comparative analysis of mass measurement stability for the 12C isotope for the two peptides presented above. Each data point represents a HRAM MS as denoted by the retention time for acquisition and the measured mass error.[/caption]

Thus the relative response ratio between the two peptides are consistent between the individual HRAM MS shown in Figure 1 and the contiguous extraction across the chromatographic elution peaks.

Last challenge of LFQ:  automated data processing to determine expression levels of all peptides.  Resolution and mass accuracy play a major role in the quality of the data output. Measuring and extracting the measured ion intensity for a specific peptide can be compromised by co-eluting isobaric peptides in the same or different charge states. Data acquired at lower resolution (≤50,000) can result in “shoulders” observed in the subsequent XIC peak in one sample while not in the others, altering the determined expression levels. The second challenge is the stability of the mass measurement accuracy.  When performing XIC analysis for an isotopic m/z value, an extracted mass tolerance is defined by the user to determine the measured ion intensity at that MS data point enabling the reconstruction of the XIC peak. If the stability of the mass measurement accuracy is not sufficiently high, wider windows (±10 to 30 ppm) are needed to eliminate dropping data points. The result is potentially compromised results requiring either manual interrogation, which is almost impossible given the amount of data within a sample, or extension of the study by acquiring technical replicates that extend the study to a point that is not really feasible.