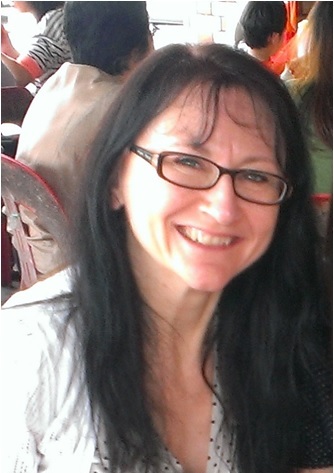 For many people, the smell of a new car is the rewarding scent of an eagerly awaited and well-earned purchase. For others, it’s an overpowering odor that can be nauseating. Love it or loathe it, this peculiar smell comes from the volatile organic compounds (VOCs) released by the polymer materials found in vehicle interior trim components such as carpets, seat covers and door linings.

Studies show that the interior air of new vehicles contains high levels of VOCs. One investigation found that the total VOC concentration (TVOC) of the interior air within a newly purchased minivan was as high as 7,500 μg/m3 after delivery – that’s two orders of magnitude higher than typical outdoor air. The researchers discovered a cocktail of more than sixty chemicals, including aldehydes, styrene, benzene, toluene, xylenes, and long chain hydrocarbons.

Health concerns over vehicle indoor air quality have led to the development of regulations governing automobile manufacturers and suppliers of raw materials. Among the most widely used internationally recognized standards for sampling VOCs and semi-volatile organic compounds (SVOCs) in car interiors is the German VDA 278 standard (the quality management system of the German automobile industry).

VDA 278 outlines an analysis procedure for the determination of emissions from non-metallic materials used for interior parts in motor vehicles such as textiles, carpets, adhesives, foams, leathers, plastic parts, foils and lacquers. The complete VDA278 procedure covers volatile and semi-volatile compound analysis in two steps from the same sample, and includes quality control runs, calibration and the application of a control mix in different concentrations before sample analysis.

This standard forms part of the delivery specifications of a number of automotive manufacturers, while others use the corresponding GM Engineering Standard GMW15634. Both rely on thermal desorption GC-MS for VOC and SVOC analysis. In addition to these standards, the International Standards Organization has also developed a set of similar methods (the ISO 12219 series) for sampling VOCs and SVOCs from vehicle interiors and the materials used within them.

The apparent complexity of the global rules and regulations around VOC analysis in automobile interiors is in contrast to the simplicity of the testing procedure itself. Thermal desorption GC-MS methods used for TVOC measurements typically consist of the following steps:

The straightforward nature of sample preparation and potential for fully automated measurement makes this a very convenient procedure. You can read more about the testing method in our application note, ‘Determination of volatile compounds in automotive interior materials by thermal desorption GC-MS’, which was developed by our application scientists in our Beijing and Singapore Application Labs and follows the VDA 278 standard.

On-going improvements in GC-MS technology are boosting usability to streamline day-to-day workflow, even for less experienced users, and improve overall laboratory efficiency. The new Thermo Scientific ISQ 7000 single quadrupole GC-MS system incorporates unique NeverVent technology to simplify regular maintenance and boost uptime by removing the need to vent the MS, remove the wireless ion source or replace the column. Usability is then further increased via the SmartTune tool which makes tuning quick and easy, enabling you to maintain a consistent MS response for longer periods of time. Additionally, the new ISQ 7000 GC-MS system can be configured to offer enhanced sensitivity and robustness, to achieve more accurate and consistent TVOC measurements. With its Advanced Electron Ionization (AEI) source, greater detection limits are also achievable. The innovative geometry of the system enables use of a narrower ion beam and increased ionization efficiency, leading to enhanced performance and more confident results.

Check out the following resources to find out more about volatile organic compound analysis: