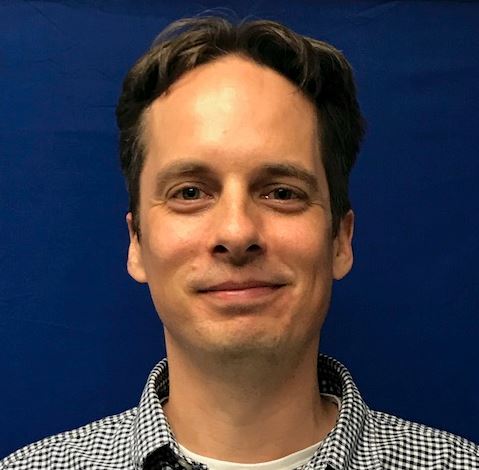 A little over 50 years ago Robert Finnegan led the development of the first commercial gas chromatograph–mass spectrometer instrument (GC-MS), not only paving the way for development of GC-MS within Thermo Fisher Scientific, but also the industry at large. Once commercialized, the single quadrupole GC-MS system was almost immediately successful, becoming a standard instrument in analytical labs because of its ability to both identify and quantitate a huge diversity of compounds. A paradigm shift in quantitative GC-MS analysis has occurred more recently with the increase in popularity of the GC triple quadrupole, but single quads have remained the go-to instrument for unknown compound identification.

Today, another paradigm shift is happening as high resolution GC-MS instruments are providing improvements in both targeted acquisition and unknown compound identification in fields such as metabolomics, food and environmental. This shift in technology accelerated with the invention of the Orbitrap mass analyzer, which was developed by Alexander Makarov, first introduced for liquid chromatography (LC) in 2005 and commercially adapted to GC in 2015.

There are two characteristics of the Orbitrap that make it really interesting for quantitative analysis: 1) it provides high resolution accurate mass capabilities without sacrificing linear dynamic range, and 2) it provides detection limits in full-scan that are much lower than a single quad and on par with a triple quad operating in SRM. The ability to detect compounds at lower concentrations in full-scan is due to the higher selectivity against matrix allowed by high resolution acquisition.

For applications such as environmental and food contaminant screening where detection at low concentration is needed on a large number of compounds, full-scan single quadrupole acquisition might not be selective enough, and triple quadrupole acquisition might not be practical when too many SRM transitions are required. GC-Orbitrap gives the best of both worlds: high selectivity screening with a single, easy-to-setup full-scan acquisition.

Accurate mass instruments truly shine when it comes to unknown identification, and this is especially true of the Orbitrap mass analyzer. Like with their unit resolution counterparts, identification based on searching against spectral libraries is very helpful on high resolution instruments. An additional benefit of high resolution is that it can increase the number of compounds in a sample that give a clean spectrum because of its ability to spectrally resolve ions of co-eluting compounds, improving library search results.

Additionally, confirmation of a library hit can be achieved on accurate mass instruments by comparing an acquired molecular ion to the theoretical mass of the library hit, which will typically only show small variation in the fourth decimal place on the Orbitrap for a correct match. The acquired molecular isotopic pattern can then be compared with the theoretical pattern from the proposed formula to add further confidence in the identification. This step is particularly useful at the very high resolving powers of the Orbitrap since you can begin elucidating the fine isotopic pattern (e.g. 13C from 15N), which can confirm the types and numbers of elements in the unknown formula.

Luckily, all of these processes are fully automated in software like TraceFinder (Thermo Scientific) to allow more comprehensive screening combined with higher confidence identification, without increasing the workload of the bench-chemist. In addition, advanced statistical software like Compound Discoverer (Thermo Scientific) has been developed to take advantage of the more information-rich data high resolution systems produce, so research avenues such as metabolomics will be able to find and identify critical compounds that likely would have been missed with other approaches. These developments in both GC-MS software and hardware together are creating new advantages for the routine lab and are allowing for more comprehensive studies in the research lab, making the fast adoption of high resolution GC-MS likely to continue into the future.