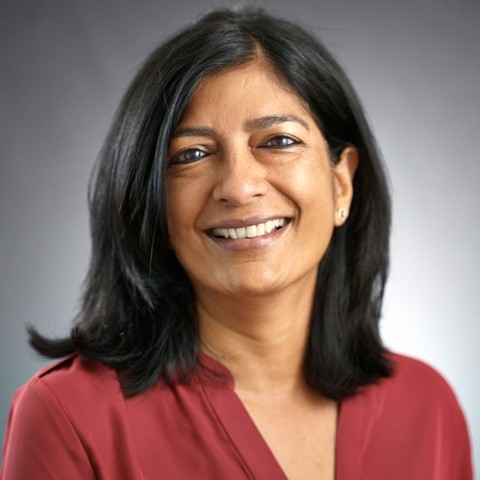 When we think of scientists who have shaped our lives, we tend to think Einstein. Tesla. Hawking.  But there would be a noticeable gap in the world of science and discovery if it weren’t for the game-changing contributions from women in scientific industries.

These eight scientists have influenced our lives in more ways than we can imagine.

Starting at Oxford's Women's College, Hodgkin moved over to Cambridge where she spent time studying X-ray crystallography (how three dimensional structures of biomolecules are determined).  After returning back to Oxford, Hodgkin spent years perfecting X-ray crystallography. This led to her confirmation of the penicillin structure by Ernst Boris Chain and Edward Abraham and the discovery of vitamin B12 structure.

Nothing short of exceptional, Catherine Coleman is a living example of the impact women have on the world of science. Following a career in chemistry and as a former United States Air Force officer, Coleman was selected to join the NASA Astronaut Corps. She has two Space Shuttle missions to her name including Expedition 27 to the International Space Station – the final mission to the ISS with the Space Shuttle Endeavour.

Rosalind Franklin was an English chemist and X-ray crystallographer whose work on DNA, RNA and viruses formed the basis for Watson and Crick's DNA work that won them a Nobel Prize in 1962, sadly after she had already passed away.

During her career as an X-ray crystallographer and as a researcher at King's College in London, she took an X-ray photograph of B-DNA, famously known as Photo 51.  This photo served as the basis for the identification of the DNA structure.

A British-American astronomer and astrophysicist, Cecilia Payne-Gaposchkin stretched the boundaries of thought in her PhD thesis with an explanation of stars as relative quantities of helium and hydrogen. Following her thesis, she became the first person to earn a doctorate degree from Radcliffe College (now a part of Harvard University) in astronomy. Following the completion of her PhD, Cecilia studied the stars to understand the structure of the Milky Way. Through her studies, she and her team made well over three million observations that help us understand our galaxy today. Payne’s career was also an exceptional pathway for women in scientific fields. Her impact laid the groundwork for Harvard College Observatory to offer more opportunities to women in astronomy than any other institution at the time.

Pushing the boundaries of genetic studies earned American scientist and cytogeneticist Barbara McClintock many prestigious honors including a Nobel Prize for Physiology or Medicine in 1983 for her theory that genes could move among chromosomes. She was the first woman to win this honor unshared.

After pioneering the development of maize cytogenetics and studying color patters in maize kernels, she deduced that chromosomes could exchange information. Because her theory didn’t demonstrate traditional thinking, her findings were ignored for some time – that is, until more advanced molecular techniques were introduced in the 1970s and 1980s proving the validity of her findings and recognizing McClintock as a mind ahead of her time.

Meitner and her laboratory partner Otto Hahn are credited with the discovery of nuclear fission of uranium. By bombarding neutrons to uranium, they discovered it creates an enormous amount of energy, a concept which she coined nuclear fission.

In 1944, Hahn was solely awarded the Nobel Prize in Physics and earned the title as the 'father of nuclear chemistry'.  Meitner was left off the award, and after the Nobel committee released their selection documents 50 years later, the scientific community believed she was snubbed due to politics, ignorance, and interdisciplinary bias.

Marie Curie was a pioneer. She was the first person to win two Nobel Prizes (and one of two people today who hold that honor) in Physics and Chemistry. Her research forms the cornerstone of radioactivity, developing techniques to isolate radioactive isotopes. Curie also discovered the elements polonium (named after her native Poland) and radium.

During World War I, Curie made 20 mobile radiological vehicles, known as Les Petites Curies, that housed x-ray equipment.  Together with her teenage daughter Irène, they helped install x-rays, generators, and essential supplies for the war effort.  These Petites Curies saved the lives of around one million soldiers during the war.
Sadly though, her work in radioactivity eventually led to her early death.  Today, her papers and even cookbooks are stored in lead boxes to prevent radiation leaking.

Irène Joliot-Curie
Daughter of Marie and Pierre Curie, Irène's scientific discovery with her husband of artificial radioactivity led to a Nobel Prize.

Irène did what all alchemists want to do: make new elements.  In 1934, she and her husband did just that.  They bombarded aluminum, boron, and magnesium to create radioactive isotopes of phosphorus, radioactive nitrogen, and silicon.

Like her mother, Marie, she too suffered the long term effects of radioactivity, and died of leukemia in 1956.The Curie family's legacy extended to numerous awards, element discoveries, and five Nobel Prizes.